AFRINIC is the Regional Internet Registry for Africa headquartered in Ebene, Mauritius. It is responsible for distributing and managing Internet number resources (IP address space and Autonomous System Numbers) in Africa and the Indian Ocean region. AFRINIC ensures equitable and efficient distribution of Internet number resources to the African Internet community to support Internet technology usage and development.

For more information on AFRINIC, go to www.afrinic.net.

AfNOG is a forum for cooperation and the exchange of technical information between operators of Internet-connected networks in Africa. AfNOG aims at building a community of engineers helping each other operate Internet Infrastructure in Africa, and on the Global Internet as well as promoting the discussion of issues relating to the implementation of new networks that require community cooperation.

These organisations today constitute the ecosystem of the African Internet. They cover the following areas: Numbers (AFRINIC), Security ( AfGWG, AfricaCERT ), Community and Policy (AIG, AfGWG), Capacity building (All AF*), Research and Education (AfREN), Infrastructure (AFPIF), Names (AfTLD). Other organisations in Africa are emerging within the ecosystem.

The Africa CERT programme is an initiative to fight cyber crime in Africa. AFRINIC, AFNOG and the Africa Asia Forum on Network Research & Engineering have been actively involved in promoting and supporting the CERT programme following the Declaration of Kigali to create a Computer Emergency Response Team. CERT Training sessions were held during AfNOG-11/AFRINIC-12 in Rwanda, AFRINIC-13 in South Africa, AFNOG-12/AFRINIC-14 in Tanzania, AFRINIC-15 in Cameroon and AFNOG-13/AFRINIC-16 in The Gambia.

The AFRINIC Government Working Group (AfGWG) was set up at the initiative of AFRINIC to work with African governments and regulators to address general Internet governance challenges in Africa.

AfPIF is an ISOC initiative addressing the key interconnection, peering, and traffic exchange opportunities and challenges providing participants with global and regional insights for maximising opportunities that will help grow Internet infrastructure and services in Africa.

The African research and education networking (AfREN) is a forum for building an all-inclusive African Research and Education community that addresses collectively issues like collaboration, access to bandwidth and other critical resources, capacity building and content development.

AfTLD is the ICANN recognised representative of Country Code Top Level Domain (ccTLD) managers from the African region. AfTLD was established and registered in 2002 to act as a focal point for African ccTLD managers in coordinating, formulating, developing and presenting a unified approach to issues related to the Domain Name System. AfTLD also provides a platform for technical capacity development, information exchange, ccTLD Best practices and Research & Development

ISOC is present in Africa through its African chapters. ISOC was officially formed in January 1992 and engages in a wide array of activities including policy, governance, technology and development. ISOC has consistently supported AF* organisations in capacity building initiatives since the early 1990s. From 1993 to 2001, a number of professionals have been trained in the design, operation, maintenance and management of Internetworks during the annual Internet Society (ISOC) Network Training Workshop. 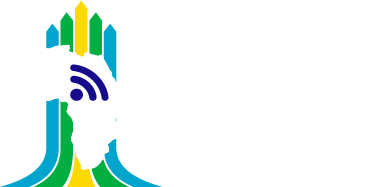